The most important trend in the property market in Phuket is currently – investment property.

We will try to answer these questions in a small analytical article and find out how to choose a prospective profitable real estate object.

The development of Phuket

Phuket is one of the largest tourist destinations in Thailand, a strategically important asset of the country’s economy. The government’s relationship to this resource is quite adequate. It`s expressed in supporting and reinvesting the profits from tourism in the province’s infrastructure. Planned public investment in the infrastructure of Phuket for the period 2012-2020. Passed a mark of 2 billion dollars. Here are some of the completed and planned projects:

Support from the state and the dynamics of growth of tourists on the island pushes private investors to develop infrastructure for its part. So there are: an ice palace, shopping centers such as Central Phuket, spa centers, kids parks, restaurants, massage parlors. Commercial and residential real estate is built with internal infrastructure, including entertainment for residents.

Every year the number of travel agencies, companies, real estate managers, service organizations increases. There are more service companies in the form of real estate agencies, tourist and other services. This indirectly reports the growth of the tourism market and the state, in turn, adopts regulatory laws that preserve its stability.

One of the laws regulating the tourism market in Phuket, “on licensing the hotel business”.  The government is trying to protect players in the market of profitable real estate from unfair competition in the field of rental and investment housing.

Adopted to the law amendments restrict unlicensed real estate in a lease. Owners of such real estate can lease their property only on a long-term basis (at least 30 nights). Under the law fall both large complexes, and private rent of villas and apartments in condominiums.

According to a new report of the hotel consulting group C9Hotelworks, less than a quarter of hotels in Phuket (429 out of 1724) are currently with the license.

In December 2016, the governor of Phuket, Chokchai Dejamornthan, announced plans to curb the operation of unlicensed hotels. Then Mr. Chokchai established the deadline until January 31, 2017. So that non-compliant hotels became legally registered.

Data from the regional administration of Phuket shows that of the 1,295 non-licensed hotels registered in Phuket. About 10 sites have already received approval of their licenses, about 1,000 are under consideration and about 280 have not applied for licensing.

Obstacles and risks of lack of licenses

The main obstacle to initiating the licensing process is strict construction rules and hotel legislation. Objects that rely on obtaining a license must provide for the necessary security measures and appropriate infrastructure. Objects of profitable real estate without licenses, among other things, avoid taxation, leaving the province’s budget without the necessary income, which can be reinvested in the infrastructure.

In addition, developers and management companies of projects without licenses compete with legalized profitable objects on unequal terms, offering, for example, an inflated rate of return. As a result, buyers of such facilities run the risk of problems in 2-3 years, having lost the expected income. The object without income loses in attractiveness and value.

Moreover, hotels without licenses are negatively perceived by suppliers of tourist flow around the world, which strikes at the reputation of the largest Thai resort. Many large travel agencies refuse to sign cooperation agreements with projects without licenses.

Despite on, these measures should be viewed as an attempt on the part of the state to provide its and private investments with a reliable platform for their return and augmentation in the long term. Such measures restrain the market, he changes drastically

The number of hotels under construction in Phuket continues to grow

According to the analysis of C9 Hotelworks, in the period 2017-2018. on the island, 33 hotels are being built, which will add another 5,738 rooms to the Phuket accommodation. These include such major global brands as Sheraton, JW Marriott, Best Western, InterContinental, Park Hyatt, Kempinski, Ramada, Rosewood, Wyndham.

It is also worth noting that residential complexes, condominiums, apartment owners who practiced short-term rent, are now in the focus of the tax service. And buyers of investment housing have an acute need to control the construction or management company for the possibility of obtaining or having a hotel license for the facility.

When choosing an investment object, pay attention to the presence of the developer of the EIA environmental impact certificate for the proposed project. The certificate subsequently gives an opportunity to receive a hotel license. And also on the intentions of the developer to manage the condominium or cottage community, the availability of infrastructure for the location of the management company.

In one way or another, the market is pushing developers to offer investment property. However, some developers do this based on long-term plans, others – use the phrase “guaranteed rental program” for marketing purposes.

Is it possible to determine the developer’s intentions and prospects at the initial stage of construction? Here are some indirect factors that may help to better represent the future of the project:

1. Structure of the rental program

If the rental program does not provide a fixed income (guaranteed rental) for the buyer, it is possible that the facility is not being built for commercial use, but is suitable for living.
On the other hand, the existence of a guaranteed rental program does not in itself mean seriousness in the long term, since it can be for a short period (for example, 3 years) and in fact represent a return of part of the cost.
More and more developers are attracted to the cooperation of hotel networks. In such cases, the terms of the rental program can reach 15 years.

The surrounding infrastructure of the investment project should be quite interesting for tourists and have a favorable prospect of development. Favorable location near beaches or other attractions, the availability of restaurants, shopping centers, markets, clubs, parks, etc. In addition, the project needs a convenient access, a passage, a view.
These are factors that play a significant role in management and allow future housing to compete in the rental market.

On the investment project, which is designed for long-term profit at the expense of rent, the minimum necessary infrastructure is deliberately planned. Reception is the place where guests arrive and they are met before check-in, staff rooms for staff, warehouses, laundry and other facilities necessary for daily maintenance of guests with cleaning and repair services.

Entertainment infrastructure – swimming pools, sports halls, spa, restaurant or cafe, parks. Such an infrastructure provides for expenses on the part of the management company for the maintenance, operation, wages of employees. This means that, at least, the developer has an understanding and expectation of profit from the operation of the whole complex.

The infrastructure of the project is a direct investment of the developer in his own real estate. By reducing the area of ​​office space, entertainment zones, you can earn much more on sales. And if the developer loses the profit “in the moment”, leaving behind the infrastructure, it shows that probably the plans are more long-term. 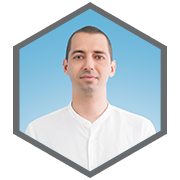