Trends in the real estate market in Thailand and Phuket – 1st quarter of 2013.

Research of hotel business, the market of private homes and apartments. Sales statistics and the number of planned construction projects until 2015.

In 2013, Thailand took the third place in the list of the most attractive real estate markets, amount to one of the largest real estate publications #TheMoveChannel.

The increased interest is due to the overall strengthening of the Asian economies, as well as the coming entry into ASEAN (#Association of Southeast Asian Nations) such countries as China and Japan (presumably in 2015). For today there are of 10 participants, including Thailand, in this commonwealth.

Besides the popularity of Thailand among the citizens of Russia, the expansion of the Asian Union enhances the tourist attraction in Thailand for all members of the ASEAN Commonwealth.

Following the economic growth, the foreigners are resettling into Thailand – the number of the capital’s expats increased by almost one third in 2 years and the price of rental housing rose by 3-10%. (#Colliers Market Reports)

Due to the sharp interest increase in the real estate market the Central Bank of Thailand found a significant number of non-sold out condominiums costing less than $ 100 thousand and expressed fears about the impending collapse. To resolve the problem financial institutions has already been ordered to raise collateral for loans from 5-10% of the cost up to 15-20%. (#Arguments and Facts)

Phuket has long been considered the “honeymoon” region for the residents of Korea, China, Malaysia and India. It is the largest island in Thailand with developed infrastructure (airports, hospitals, international schools, shopping malls, a huge number of hotels, restaurants, etc.), roads  are under construction, a new bridge connecting Phuket with the continent has been built.

Currently, there is an increased interest on the part of citizens of China and Russia. The number of tourists from these countries amounted to 3.5% of the total increase.

Already in the first quarter of 2013 the increase of passenger traffic of Phuket’s airport reached 23.3%, the share of tourists from Russia increased by 43% – 600 million passengers in the first decade.

The average hotel occupancy rate for the last two years has reached 80 %. A large number of hotels and hotel-type gated communities are under construction on the island.

More than 23 new hotels of middle class will be built the by 2015 , it will increase the total capacity of the sector of hotel business by 23%. Nevertheless, experts in the study of CBRE in #the research of Phuket hotel market are confident that the increase in arriving tourists will be faster than the increase in proposals for their placement in the coming years. 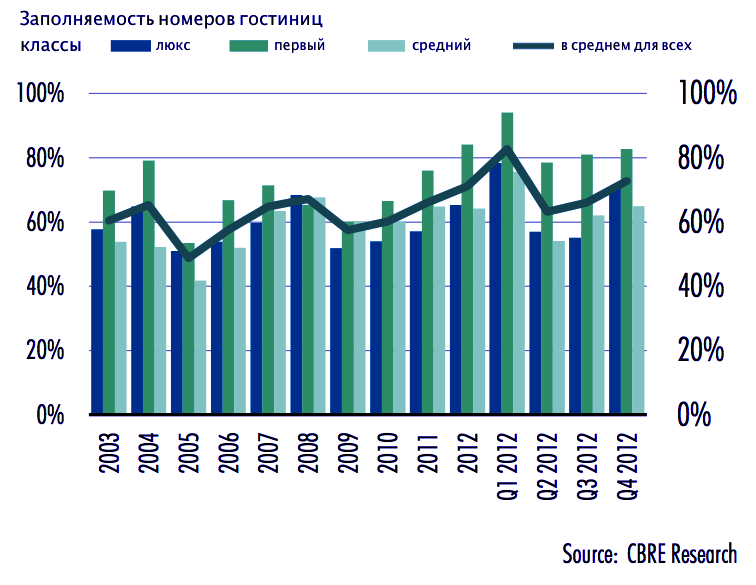 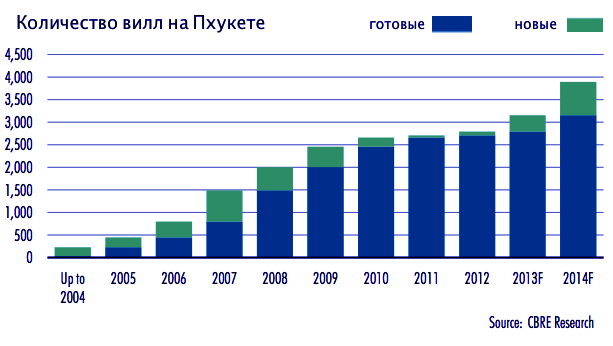 Since the beginning of 2013 there is certain activity on the part of developers start new projects.

403 apartments were sold in 2012, which shows a 22% increase in sales compared to 2011. Basic price category of these objects are the apartments from 3 to 9 million baht.

The main buyers are the inhabitants of Europe, Russia and Australia, in 2012, buyers from Singapore and Hong Kong became prominent as well. 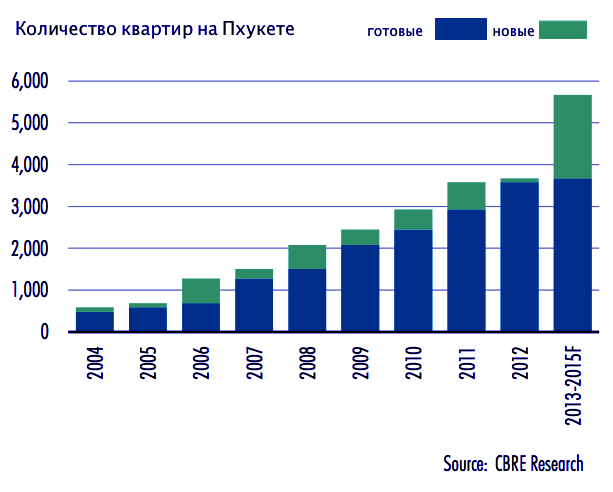